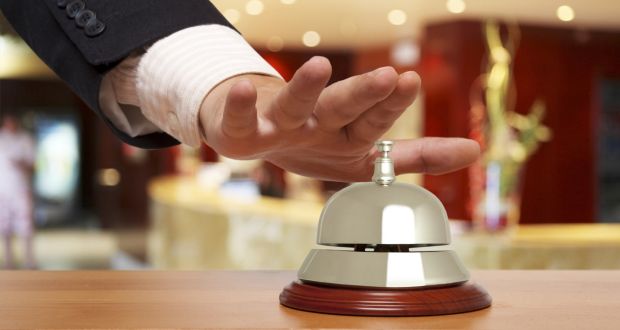 Most people are very good hotel guests but there are some people who are not so good. Recent findings have discovered that the following are some of the worst habits of guests in Ireland. Hotel staff around the country have said that these are some of their pet peeves when it comes to hotel guests, so avoid these at all costs.

You are at a hotel to be served and taken care of by staff but mutual respect goes a long way towards getting what you want. Clicking fingers is seen as very rude but sadly it is still quite common in luxurious establishments and shows a sense of entitlement.

Many guests will think that they can just help themselves to the food from the breakfast bar, just stuffing supplies into their bag to last them for lunch and even dinner. The breakfast buffet should be enough for all guests so when a select few help themselves, there isn’t enough to last everyone and this is a big annoyance among staff because it is very rude.

Many people enjoy a few drinks when at a hotel but guests drinking too much and losing control of themselves is a big annoyance. Guests can do things such as flirting with staff, becoming aggressive, streaking down the corridors and similar behaviours that could be offensive to others.

Damages in the room

There are often very small damages in hotel rooms that do not get reported by guests which can leave the hotel out of pocket. These could be more basic things like fake tan on the sheets or more serious breakages like the TV being damaged. Guests are also known to steal towels or even pictures off the wall. These things could be charged to your account but more often than not, the hotel manager will leave these slide.